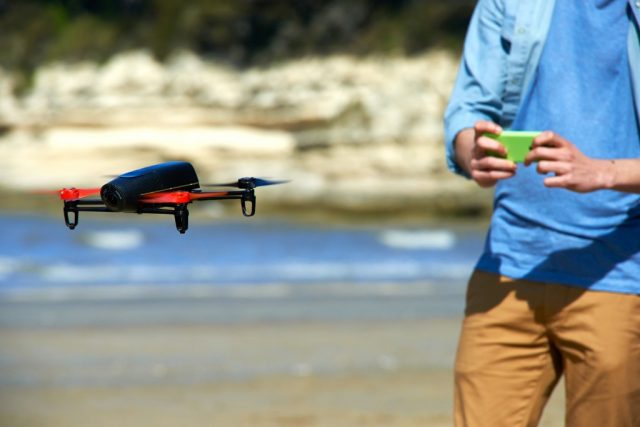 Things are going downhill for Euronext-trading drone-maker Parrot. The French company, whose specialty is wireless electronics, announced it will be dismissing 1/3 of its staff as its quarter-yearly sales failed to cover expectation and industrial demand. It has fallen short $16 million short of its set target.

The Parrot drone, in spite of having a respectable flight durability, a HD camera that allows the capture of aerial footage, and an advanced panel for remote tablet control, isn’t cutting it for the market. The European customer seems to think that the price, 249 €, doesn’t justify the investment: the maximum range of 50 meters and its 12 minute-long battery life are deemed insufficient.

In North America, DJI dominates the market. Although its products are 4 to 5 times the price of Parrot-manufactured ones, their fancy functions—LED indicators, GPS mechanics, auto-hover & distance sensibility—seem to appeal better to the lover of contemporary flying robotics

Much like the Karma drone, GoPro’s latest market installment and release, Parrot’s design compromises didn’t satisfy tech-savvy clienteles: its low-powered framework, accident-prone and far from crash-proof, received negative reviews, which didn’t make Parrot withdraw the product for relaunch, but certainly lost the company a lot of money. As a result, Parrot will adopt a commercial attitude and shift its focus to creating industry-oriented devices—drones that have applicability in agriculture, police work, the military sector and so forth.

There is hope, however. According to the National Purchase Diary in 2016 alone drone sales have grown by almost 300% & PwC estimates that the drone market will become a $127 billion industry by 2020. If Parrot plays its cards smart, it will reach the desirable mark in the time at all.