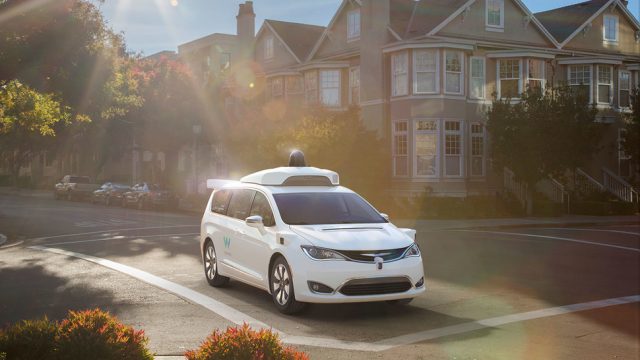 Google’s Waymo will be testing their new self-driving minivans on the road at the end of January.

The Chrysler Pacifica minivans will take their first public tests in Mountain View, California and Phoenix, Arizona – both places familiar with self-driving tech, as Google tested out their Lexus SUVs in the areas. The announcement was made at Detroit’s North American International Auto Show on Sunday.

Waymo also let attendees have their first look at their self-driving Pacificas, which have been hidden from the public eye since May 2016, when Google announced their partnership with Fiat Chrysler.

Waymo, launched in December 2016, is the self-driving technology branch of Google. The company has already run a comprehensive series of tests on the new Chrysler vans, including hundreds of hours of tests under extreme weather conditions.

The progression of these minivans is particularly special for the Waymo, as the startup will be producing all the self-driving tech in-house: cameras, sensors, mapping technology and more. Previous self-driving vehicles from Google relied on off-the-shelf parts from other companies.

This development means that Waymo has more control over the specifics of its vehicles, as well as massively cutting costs. Waymo CEO John Krafcik recently told the press that producing their own LIDAR would save Waymo 90% on costs.

The company is unsurprisingly proud of getting their new vans on the road so quickly: the program only kicked off in the summer of 2016, and has since gone through full production and assembly.
We’re looking forward to finding out how the self-driving Pacificas do in ‘real world’ conditions – and to see what Waymo does next.

Google’s AR Tango is about to Revolutionize the Art World

Google’s AR Tango is about to Revolutionize the Art World