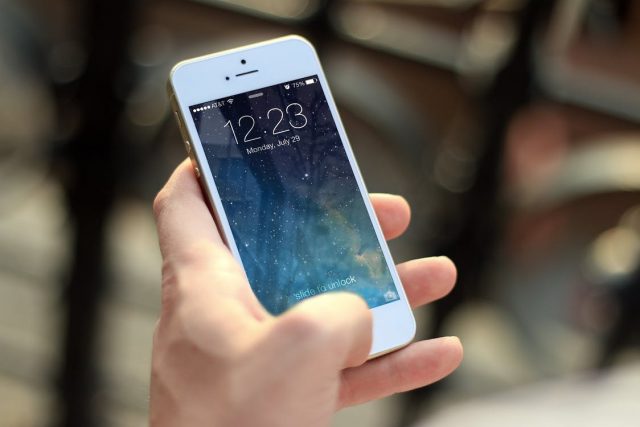 The good old days when iPhones were considered to be 100% secure came into oblivion. However, Apple still poses their premium products as the safest smartphones in the world which even are able to prevent blindness, they are no more impenetrable.

Thus, before the iOS 13 official release, a serious security loophole was revealed. Jose Rodrigues, a Security Researcher, showed how he could easily bypass iPhone 11 lock screen protection to view contact info. Although the exploit requires the hacker to have physical access to the target phone, this security issue has to be treated seriously.

Despite all the measures taken by iOS developers, their operating system is not perfect and can be attacked by intruders along with Android and Windows OS. Hackers agree “humans are the most responsible for security breaches”. So, here are some tips you can follow to protect your iPhone and feel absolutely secure.

You are probably accustomed to using privacy and security features such as a firewall, antivirus software, a VPN service with your PC and tablet. Do you know that your iPhone also needs additional security? Many people use public Wi-Fi hot spots for checking out their social media accounts, mobile banking, and Internet shopping. An unencrypted connection is a bonne bouche for scammers who can intercept your sensitive data, implement a malicious code or eavesdrop your calls. A Virtual Private Network encrypts your connection, so neither hackers nor your ISP can identify what you are up to when online. Moreover, most of the additional security features of VPNs are cheap or even free.

It is the easiest way to protect your data if your iPhone is stolen. Instead of a simple 4-digit PIN, you may use a combination of symbols, digits, numbers, and letters. To set up these requirements, go to “Settings” – “Passcode” – “Require passcode: immediately”, then turn off the “Simple passcode”. You can also turn on the “erase data” feature to make the device delete everything from its memory after 10 failed attempts to unblock the phone.

Always keep iOS up to date

Your iOS-based device is not impenetrable. Hackers always rooting out holes in the system coding and sometimes they find them. Developers respond to the detected vulnerabilities by implementing stability enhancements and patching holes. Thus, in January 2019, Apple released an update for iOS that addresses security issues that might lead to devices being hacked. Just make sure that you use the latest iOS version.

“Find My Phone” is an embedded feature that each iPhone has. If your device occasionally has been stolen, you can easily track it due to built-in GPS or remotely wipe everything from the memory. That is means that even if a scammer steals your device, they cannot access your sensitive data.

Siri is a great personal assistant which is able to answer any question and help you find anything on the Internet. However, Siri is “talkative” and can give away information that you would like to keep confidential. Besides, Siri is talking with everyone, not just an iPhone owner, so if the voice assistant is activated on a “hey, Siri” command or from a lock screen, then someone can chat with her without your knowledge.

Say no to jailbreaking

Many people advocate jailbreaking because it allows them to install apps not available at the App Store, and download some of the paid ones for free. Meanwhile, customizing an iPhone in a way that isn’t approved by Apple may lead to serious security holes. Unfortunately, there are no ways to modify the system without lower its security.

We provide you with the latest technology news, stories, events, and videos.
Contact us: info@disrupt3d.com
© © 2023 - Disrupt3D
MORE STORIES